After moving here from Germany I thought my mas drinking, dirndl wearing, festival going days were over for quite awhile.  I could not have been more wrong.  Seoul is a city that may put Munich up for a challenge when it comes to drinking habits.  Although Soju and Makoli are generally the drinks of choice, for locals, each September those are put aside as Seoul celebrates Oktoberfest, Munich Style!

Friday, September 6th I attended Oktoberfest at the Dragonhill Lodge located at the Yongsan Army Post.  I dusted off my dirndl and headed down.  Events began at 6:00pm.  As I walked through post I spotted the  giant tent set up on the second floor of the parking garage with loud German music coming from the inside.

Once inside fest tables filled the tent. One and a half liter steins (or mases) were flowing with traditional Hofbrau house beer.  The aroma  of Schnitzel,  Sour Kraut, Brats and potatoes was mouth watering.  I had stepped into a little Germany!

The festival was a great night.  The band entertained the crowd with skits and musical performances throughout the night.  There was also a chicken dance, beer chugging and an arm wrestling contest with prizes.  There was fun for the whole family.
Oktoberfest at the Dragonhill will be going on for one more week.  There is no cover charge, however, the event is only open to DOD’s card holders and their guests.  For more information visit: http://www.dragonhilllodge.org/DiscoverSeoul/?p=1121

If you are not a DOD’s card holder or looking to experience more great Oktoberfest events there is goods news.  Each year the Grand Hilton sponsors a Oktoberfest of their own.  The event will be held on September 23rd and 24th this year.  Tickets are 120,000 won which includes all you can drink and eat for the night. To reserve a ticket: email: oktoberfest@mail.grandhiltonseoul.com telephone: 02-2287-7456.
Click here to view this article published in the Korea Stripes
Like us on Facebook! ﻿ 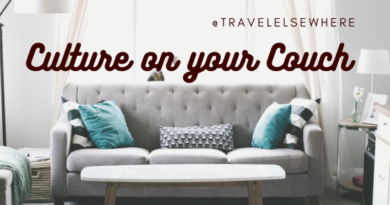 Culture on Your Couch