Tuesday May 21st I joined my neighbor as she led a “Seoul International Women’s Association” hike up Namsan Mountain to North Seoul Tower.  SIWA is a great organization comprised of Korean and expat English speakers from all over the world that join together for activities, classes, coffee and culture.  About 10 women attended the hike from places such as Germany, Belgium, Korea and America. North Seoul tower was built in 1969 and opened to the public in 1980.   The tower is a great landmark in Seoul and measures 777ft in height.   It is 1,574 feet above sea level.  At the top of the tower almost the entire city is visible.  There are restaurants and gift shops on the ground floor as well as several other international and Korean restaurants scattered throughout the park and walking trails.  The third floor of the tower contains an observation room, souvenir shop, museum and much more.

There are a variety of hiking routes that you can take up to Seoul tower.  The trails are generally simple and most contain padded walkways.  There is a cable car and several buses that leave from a platform in Hoehyeon-dong and go up to the tower.  The buses that go up Namsan are Namsan 02, 03 & 05.  (Buses will drop you off a few dozen meters from the base of  the tower.  Individuals must walk a short but relatively steep path up to the tower.)

We began our hike in the botanical gardens located just outside of the Grand Hyatt Hotel in Itaewon.  This beautiful little park is just a ten-minute walk from my house.  The botanical gardens have been located in this spot for years.  In 2008, running and walking paths were added to the facility.  Rumor has it that these parks were added prior to a visit from President Obama who often stays in the Grand Hyatt and enjoys running.  No one really knows if he has ever utilized these great paths!
Once in the park, our tour guide showed us a  English printed sign showing the trail head for North Seoul Tower.  We decided to take a direct route up to the tower and do a gradual circle route back down.  The route was beautiful and went through the woods.  Along the path there were lounge chairs and picnic tables for people to utilize.  The trail took about 30 minutes to reach the base of the tower going up at a leisurely pace.  Along the trail there were several marked vantage points to view different locations in Seoul.

Once at the base of the tower you can visit a viewing platform.  You will also notice the thousands of locks that line the bushes and fence at the top of the tower.  Korean couples, who are engaged, come to the tower, prior to getting married, to “lock their love” and commit to one another.  The many locks of various colors, are a really neat site to see. On our way down from the tower, we followed a trail that wound around Namsan Mountain.   This is known at the North Circle Route.  On this particular trail there are many marked points that you can break off from the gradual loop to get to locations throughout the city.   There are also many great marked viewpoints.  The path is a great place for running gradually up or down hill as it is covered with shock-absorbing material.  There is a north and south circular walking trail around Namsan Mountain.  The North is the best for jogging because there is very limited vehicle traffic.  When walking at a leisurely pace, both routes take about two to three hours in entirety.  They are approximately 7 kilometers in length. 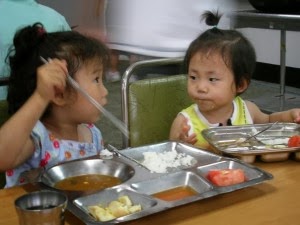 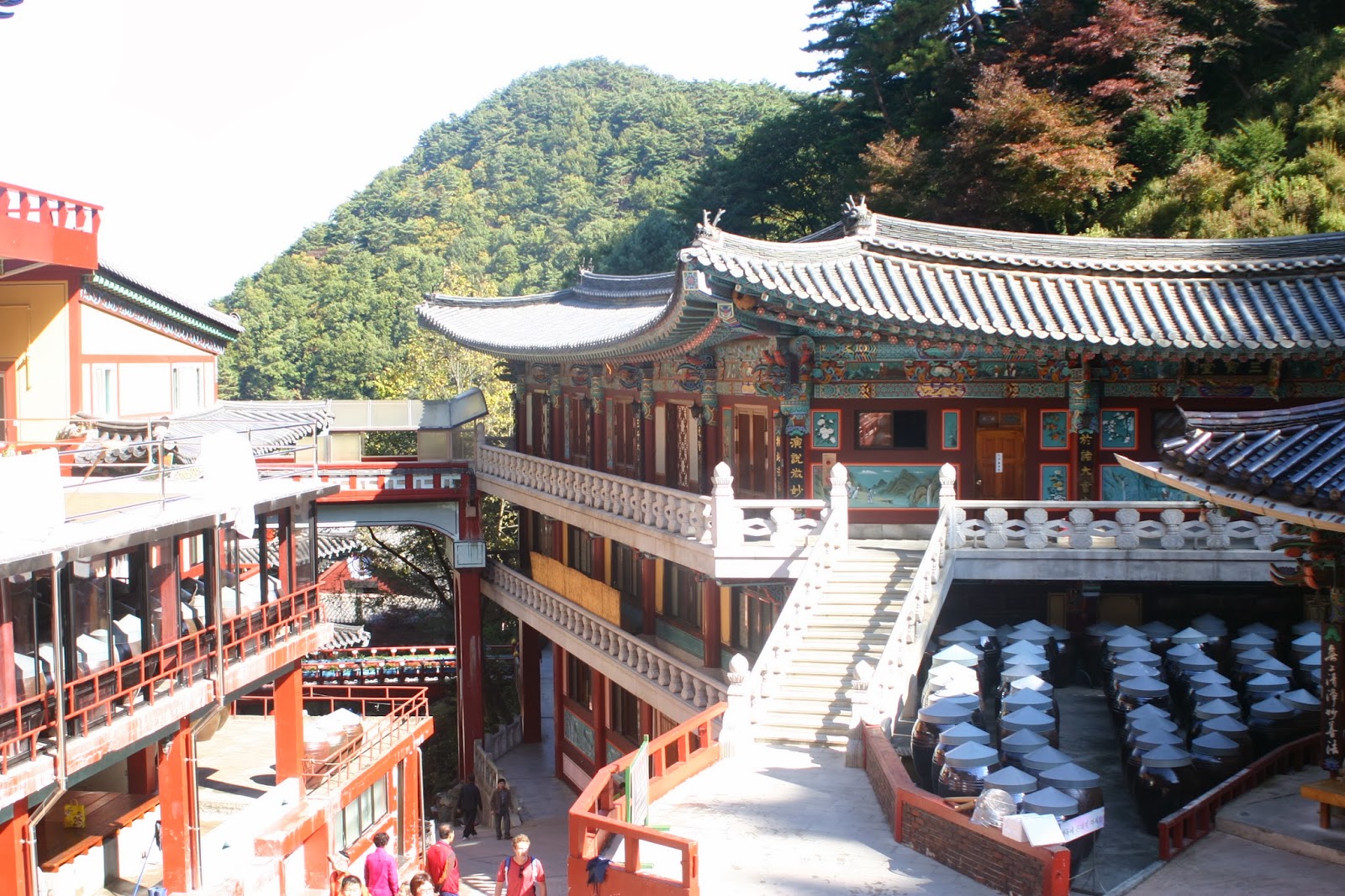 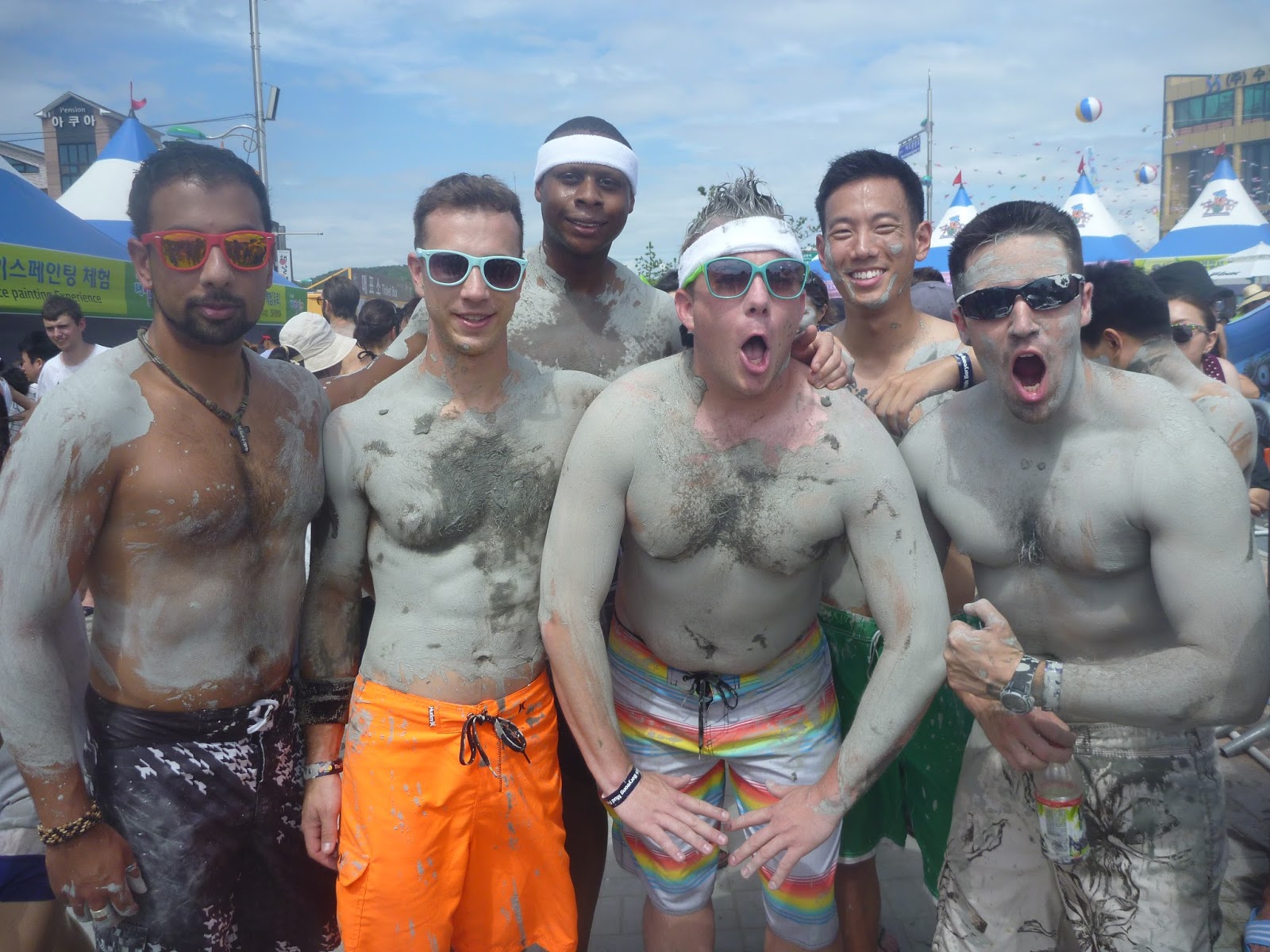