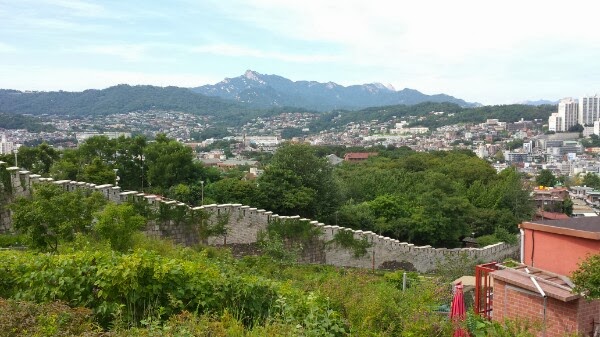 Seoul’s Naksan Fortress Wall is arguably one of the most beautiful and unexplored places for foreigners in Seoul.  It is slightly over 100 meters high.  On a clear day, from the top of Naksan mountain, you can see the majority of the city of Seoul and a beautiful unobstructed view of the surrounding mountains. 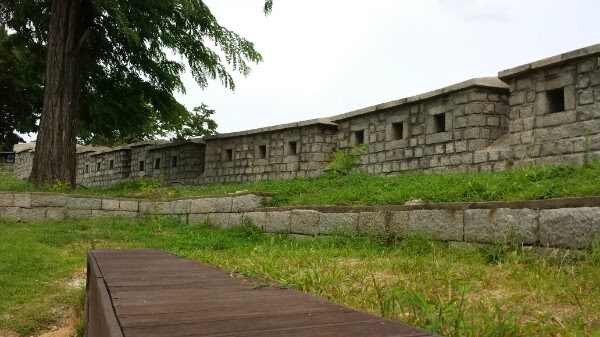 The wall was originally built in 1396 to divide the city and country, four years after Seoul became the capital of the new Joseon Dynasty.  In 1422  King Sejong (known for inventing Hangeul) reconstructed the wall, that was originally sloppily built.  The reconstruction process included 300,000 workers .  Again in 1592 the wall fell into disrepair when the Japanese invaded.  King Sukjong reconstructed the wall yet again in 1704

Naksan Mountain was a favorite spot for the Jeseon Royal Family. The mountain translates to camel mountain in English, ‘nakta’ meaning camel and ‘san’ meaning mountain in Korean.   It was named this because many believe the mountain looks much like a camels hump.   It is comprised of solid granite bedrock.
Unfortunately, during the Japanese occupation of Korea (1910-1935) much of the mountain was destroyed in an effort to make way for urban planning. With large population growth, the wall continued to fall into disrepair until 1976 when preservation efforts began.  In the spring of 2002, to save the remainder of the beautiful mountain and city wall, the Seoul Metropolitan Government created a park and named it Naksan Park.  During this time a 2 km section of the fortress wall was restored. 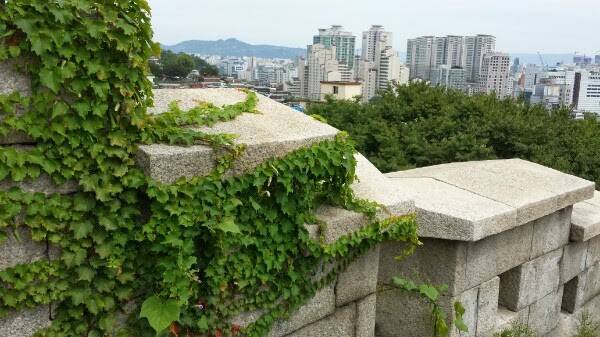 The entire fortress wall is 20 km in length.  The metropolitan government has created many self-walking tours organized around  ancient city gates and districts of Seoul.  Detailed signs display popular tourism locations near the original wall path. 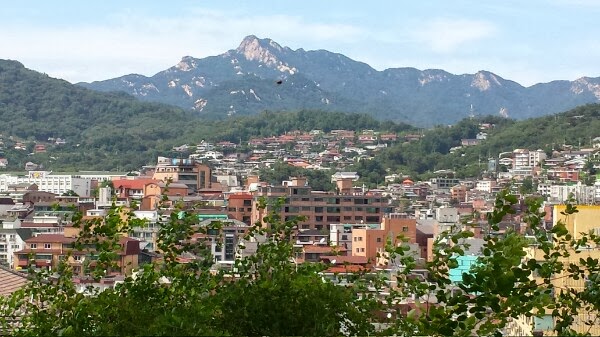 The restored Naksan section of the path begins at Dongdaemun’s  Heunginjimun fortress gate and ends in Haeywa.  The 2km restored path is lined with beautiful trees, flowers and nature.  There is also exercise equipment, benches, bathroom facilities, and pavilions in several locations throughout the path.

Heunginjimun gate was constructed in 1869 during the mid-19th century reconstruction project. Gyenongbokgung Palace was also reconstructed during this time. Walking from the gate and up the  path you will come to Ihwa Mural Village.  This small area was one of the first public art projects in Seoul.  The small neighborhood contains several small cafes and restaurants that make for a nice resting point along the walk. 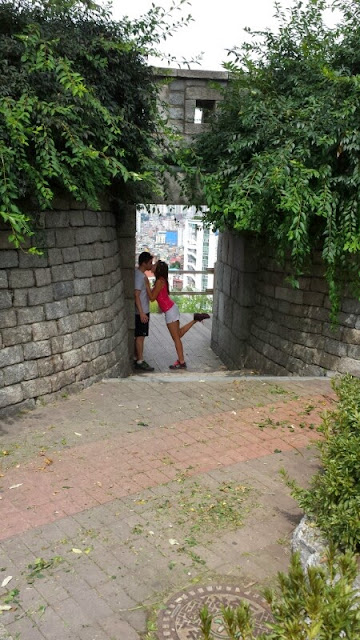 At the top of the mountain is Seoul Fortress Wall.  The wall was built in the Jeseon Dynasty to protect the city from invasion.  It is the best vantage point to see the city of Seoul and 360 degree views of the beautiful surrounding mountains.  This is also the center of Naksan Park. The park is open to the public 24 hours a day. There are badminton courts, basketball courts, a playground, exhibition hall, senior citizen center and convenience store on site.

The 2km walk ends at Hanseong University Station near Hyehwa.  Here you will find Hyehwamun Gate.  This small gate is fascinating with reconstructed wooden beams and bricks.  There is also a large bell in its center.
The Naksan Fortress Wall walking path is a great place to enjoy year round.  During each change of season the views from the wall are transformed into new and fascinating views.  In spring visitors can enjoy the cherry blossoms along the quite path.  In winter the wall turns into a wonderland with snowcapped ancient charm. To experience a beautiful escape from the city, inside Seoul city visit Naksan Wall!
Directions: Subway Line 1,4: Dongdaemun Station, exit 7 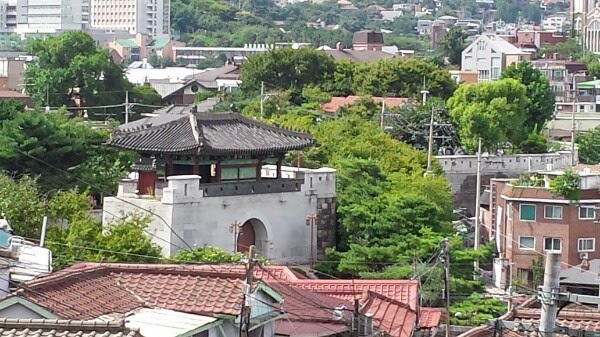 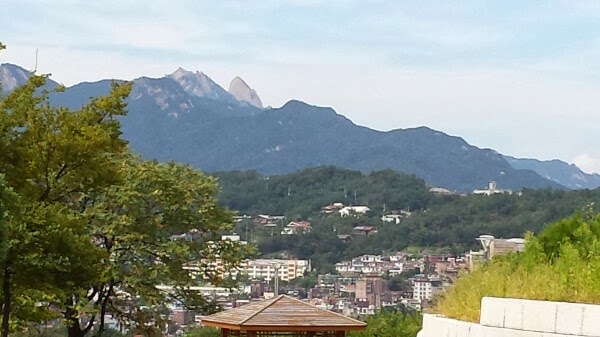 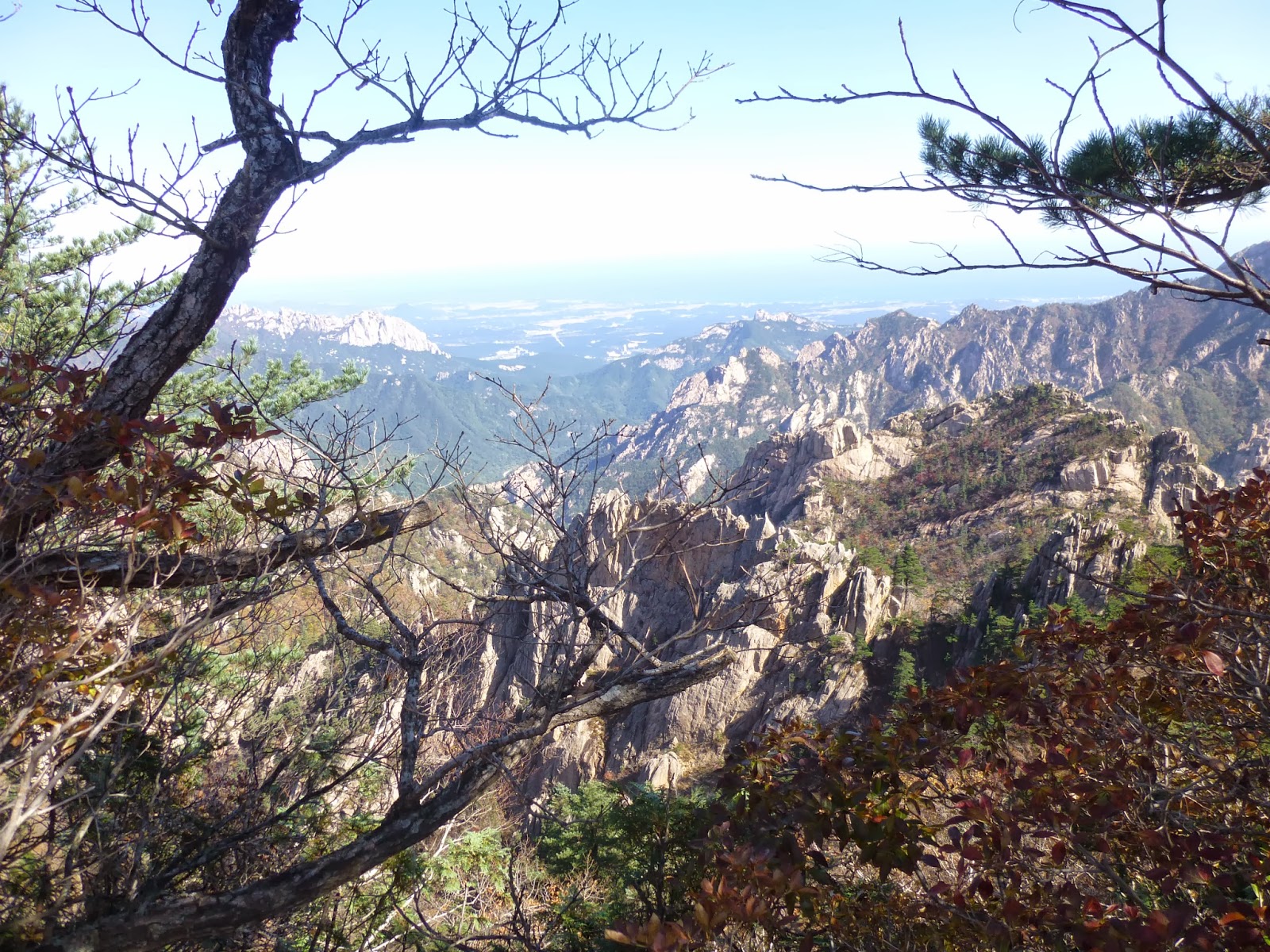 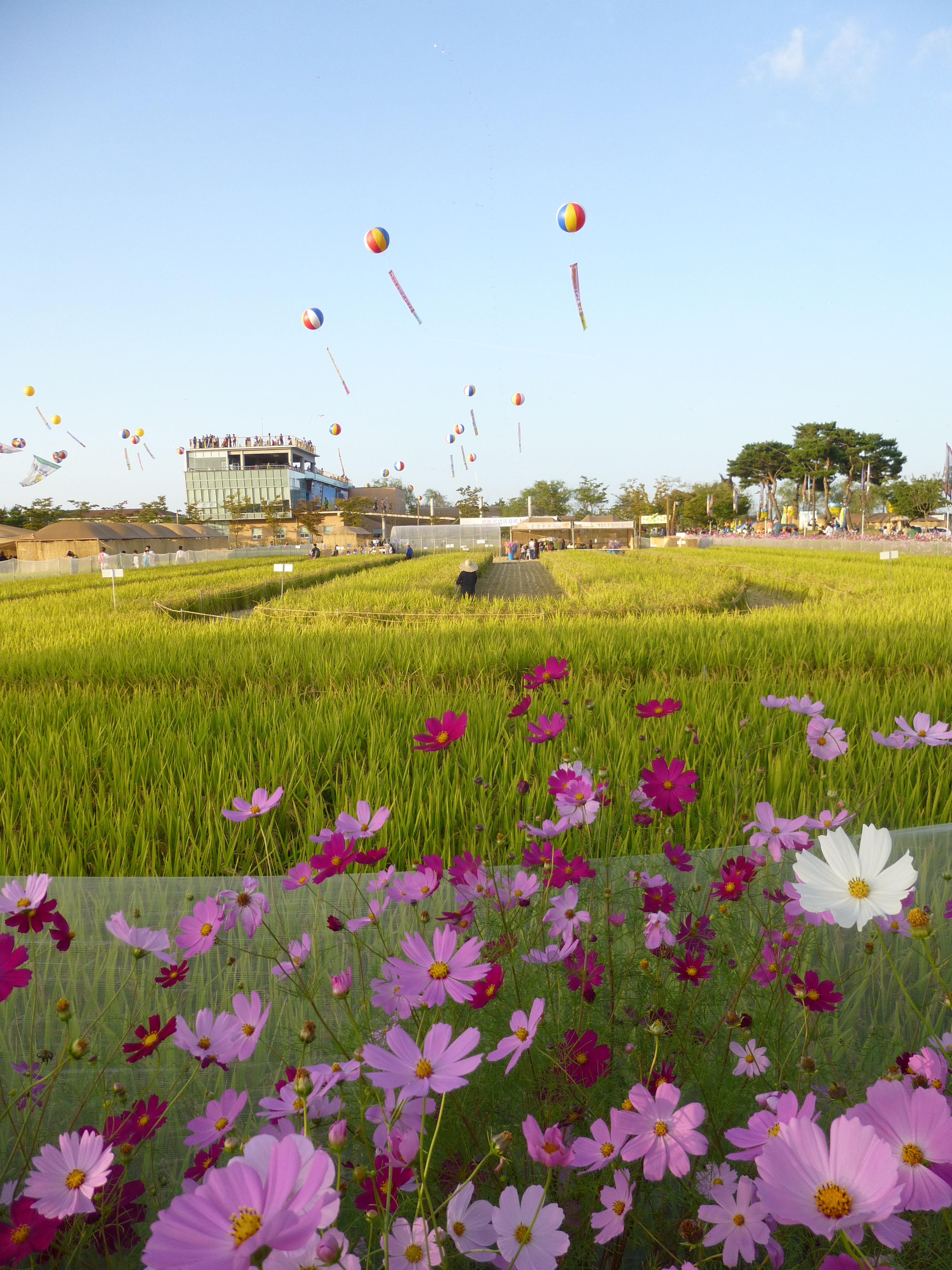 One thought on “Naksan Fortress Wall”