May 20th through 26this Museum week in Seoul.   Many museums in Korea offer free admission.  During this week, however, museums that normally charge an entrance fee (and are participating in the program) are free for the general public.  In addition to free admission, each museum has a “mission.”  Computers are set up at each location.  If you register with your e-mail address and a password you can answer a question or “complete a mission” at each museum.  The questions are based on exhibits in each museum.  Once you have completed the mission by answering the question correctly you can take your picture and immediately receive a printed copy of the image as a souvenir.  In addition to this, each museum is offering a souvenir if you show them your photograph.  If you visit five or more museums, and correctly complete five missions you are entered to win the week’s grand price- your own photo printer.        ( The contest is only in Korea)

I met a new friend and several travelers to enjoy a day of museum hopping together.  Our group was made up of a Korean, American (me), a couple from Amsterdam and a guy from Ukraine, currently residing in Belfast. Once again, a very international group.   The majority of the museums that we would focus on for the day were located in Jongno-gu.  Most museums in Seoul open at 10:00 a.m. and remain open until 5 or
6:00 p.m. Tto begin our day, we met at 9:00 a.m. and enjoyed a cup of tea near our first museum.
Our first museum was the Tteok Museum run by the institute of Korean food.  The museum has over 50 kinds of rice cakes, from eight provinces of Korea, on display. In addition to this, there are displays of traditional Korea first birthday party celebrations, royal dining place settings and traditional Korean weddings.  The museum consists of two floors.
Address:   164-2, Waryong-dong, Jongno-gu, Seoul Korea.
Subway: Jongno 3-ga Station Exit No. 6.
Tel. 82-2-741-5447  www.tkmuseum.or.kr

From here we walked the main pedestrian street of Insadong (a neighborhood of Jongno-gu) to our next museum.  Insadong-gil is a great area to wander around.  There are great shops with souvenirs, art galleries, Korean pottery, antiques, restaurants and coffee shops.   The main street is partially a pedestrian street from 9:00am- 6:00pm.  At night there is a variety of street food carts and you can often times stumble upon street performers.

The museum we visited in Insa-dong was the Mok in museum.  This museum is comprised of traditional Chinese and Korean funeral statues.  There are over 2,000 on display.  Currently on display is the Chinese wooden human statue exhibit entitled “I pray, I pray.”  The museum offers complimentary drinks such as green tea and coffee and has a beautiful roof deck to enjoy them on.
Address: 20, 11gil, Insa-dong, Jongno-gu, Seoul
Subway: Line 1 Jonggak Station, Exit 3-1; Line 3 Anguk Station, Exit 6
Tel. 02-722-5066 www.mokinmuseum.com

Following the Mok in museum we continued walking down the main street of Insa-dong until we made our way to Bukchon.  The district houses Bukchon Hanok Village, which is made up of many alleys comprised of traditional hanok houses.   This area showcases what a 600-year-old urban environment looked like during the Joseon Dynasty.  The village still is home to many residents and is also comprised of teahouses, hanok restaurants, museums and guest houses.

The museum we visited in Bukchon was called the “Bukchon Museum.”  Here we got to enter a traditional hanok home where over 120 antiques used in the Bukchon area and 20 relics are on display.   Currently there is a special exhibition for children called “Let’s play fun, dear society.”  Note: You must remove your shoes prior to entering the museum.
Address: 35-177, Samcheong-dong, Jong-gu- Seoul
Subway:  Line 3 Anguk Station, Exit 1
The. 02-736-3957  www.bomulgun.com

Our next museum was also in a traditional  hanok house.  Gahoe Minwha Museum is comprised of old folk paintings.   Folk paintings are from the Joseon Dynasty.  There are two rooms comprised of 1,500 artifacts, 250 folk paintings, 750 amulets and 150 classic books.   Classes and demonstrations are  offered here where you can view and create folk art.
Note:  You must remove your shoes prior to entering the museum.
Address: 11-103 Gahoe-dong, Jongno-gu, Seoul
Subway:  Line 3 Anguk Station, Exit 3
Tel. 02-74-0466  www.gahoemuseum.org
After exploring these four museums and some great neighborhoods we took a quick break for lunch. My friend (and tour guide)  showed us a great traditional Korean restaurant to eat at for lunch.  There was only one thing offered on the menu, which was noodle soup with clams, mussels and shrimp served with kimchi along side.  You could choose between young and old kimchi.  I preferred the younger kimchi.  The lunch cost around $4.50 and you could have as many helpings as you would like.  One huge bowl was more then enough for me.  You entered the restaurant by walking directly through the kitchen and sat down in a very modest environment.  From my seat I could watch two women cutting huge cabbages for kimchi and several men preparing dough and using a noodle maker to prepare noodles for the soup fresh, from scratch.  I enjoyed the restaurant and left feeling satisfied and stuffed!

After lunch we walked off our meal and made way for the National Folk Museum of Korea.  I had visited this museum previously when we were at Gyenbukgun Palace.   We walked right past the palace, where we were able to witness the changing of the guard ceremony that was taking place.

The national Folk Musem of Korea is a beautiful museum housed in a modern structure.  Outside you can view traditional hanok house replicas and many traditional statues.  Inside there is a large variety of exhibitions that show insight into Korean history.  Many of the exhibits are only offered in Korean but you can rent an audio guide in English, Japanese and Chinese at the entrance for $1.00.
Address: 37, Samcheong-ro, Jongno-gu, Seoul
Subway:  Line 3 Gyeongbokgung Palace station, exit #5; Anguk station exit #1
Tel. 82-2-3704-3114 www.nfm.go.kr

The Lock Museum was my favorite museum of the day.  The museum displays a man’s private collection and consists of over 5,000 beautifully showcased locks.   The owner of the museum was working during our visit and gave us a wonderful tour of the facility.   Each lock has a description in both Korean and English.  Many of the locks contain a QR code where you can access additional information when taking a photo from a smart phone or wireless device.  The owner also showed us his private collection consisting of thousands of additional locks and others he collected, that are in storage, to be placed on display in future exhibitions.

Address: 187-8, Dongsung-dong, Jongno-gu, Seoul
Subway:  Line 4 Hyehwa Station, Exit 12
Tel. 02-766-6494  www.lockmuseum.org
If you find yourself in Seoul and have a particular interest I definitely encourage taking advantage of one of the many diverse museums that are offered throughout the city.  The culture and history museums are a great way to get introduced to Korea!

At 7:00 p.m.,  after a long day of exploration and absorbing lots of great information, we sat down for our second meal of the day together and enjoyed some Korean beers and bbq (which is quickly becoming one of my favorite things about Korea.)  All in all it was a great day full of interesting museums, good food and great company!
Click here to view this article published in Stripes Korea 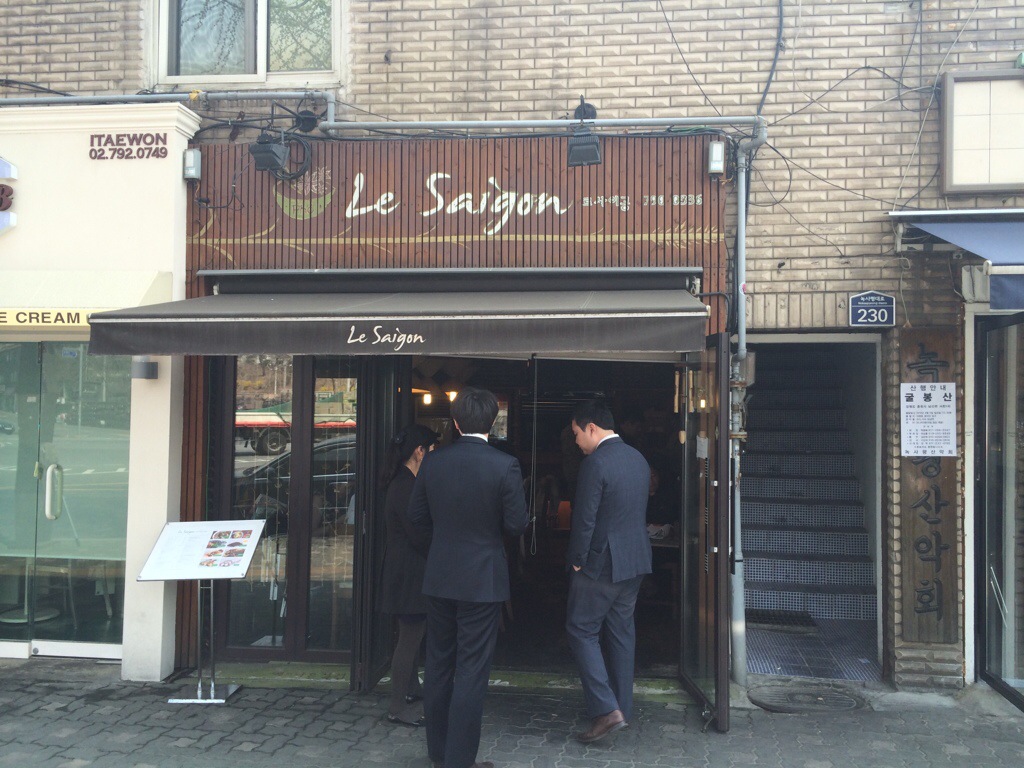