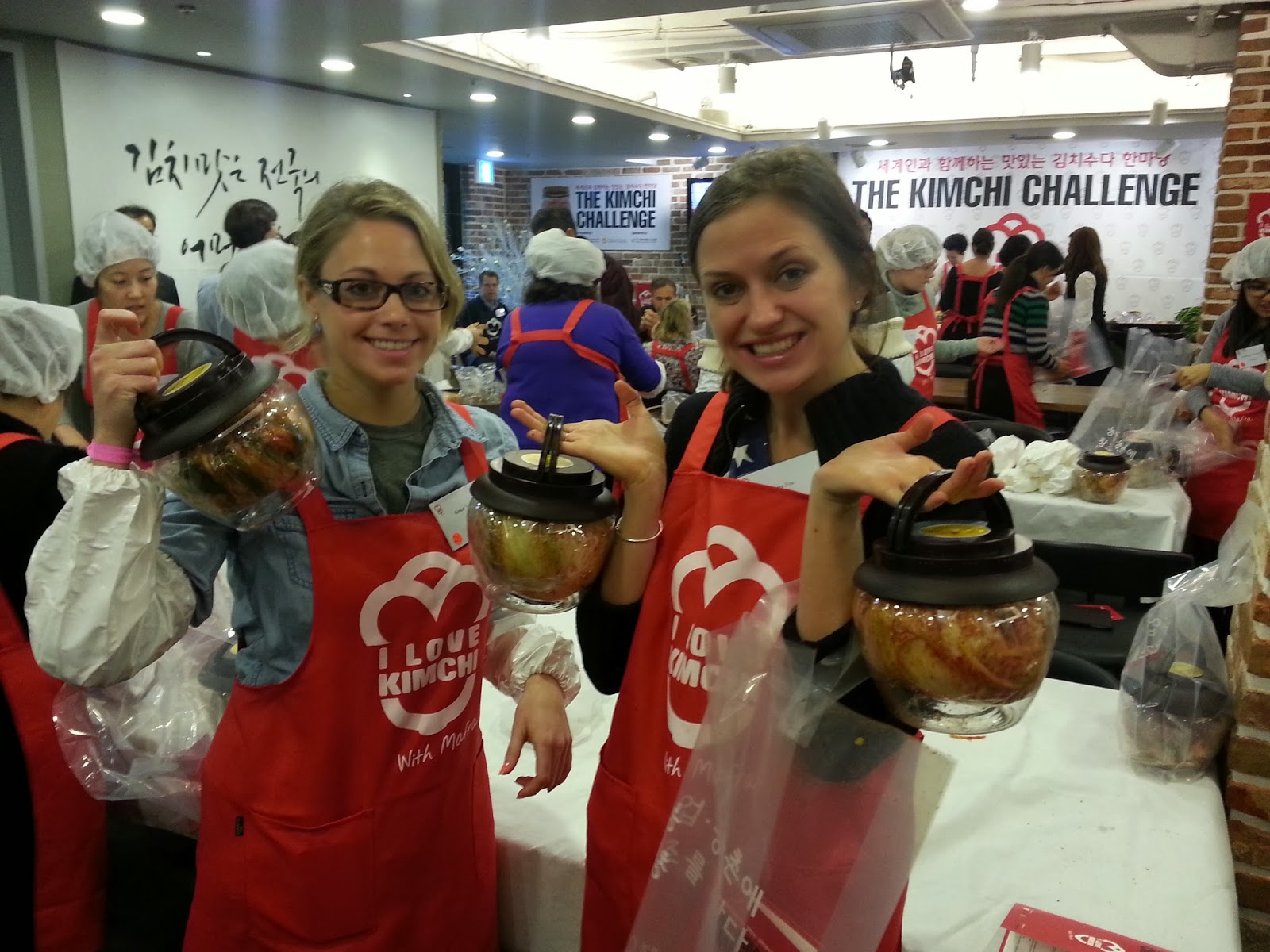 Saturday December  7, over 40 foreigners joined together to attend the Gangnam Kimchi Battles at the Kimchi Cultural Center in Yeoksam-dong, Seoul.  Kimchi is Korea’s most trademark side dish consisting of spicy fermented cabbage.   The event  celebrate kimchi making and sharing (known as kimjang) being put on UNESCO’s cultural  heritage list.

Kimchi Challenge’s  mission was to “bring together a group of 40 participants of diverse backgrounds, of all ages from many nations, to learn about Kimchi, experience Kimchi making for winter (Kimjang) and compete in the ‘Kimchi Battle’ with a difference.”  With a goal to encourage foreign residents in Korea to eat more Kimchi, using Korean cabbage (called Baechu) by incorporating it into their native dishes.

The day’s events kicked off with a “Kimchi fashion show” which allowed participants to take photos in front of a Kimchi themed backdrop wearing their chef aprons and hats with additional props including large sunglasses, boas and kitchen wear.  Later the photos were displayed and favorites were awarded prizes.

Kimchi cooking master Lee Ha-yeon was the guest of honor.  Lee Ha-yeon introduced the history of Kimchi and then demonstrated how to make baechu kimchi.  Following this the group was invited to make their own.

The main event of the day was the “kimchi battle.”  The U.S., Canada, China, Latin America, Pakistan and Spain were selected to participate.  Each team was required to prepare a traditional national dish from their represented country, incorporating kimchi as one of the main ingredients.  Teams were given forty minutes time to complete their dish.

An impressive display of unique and sophisticated dishes were prepared.  Judges marveled as participants revealed native ingredients to prepare their plates.  China pounded and wrapped meat in a long grain as they prepared a kimchi spiced boiled pork.  Latin America created a kimchi taco, and Pakistan a sophisticated traditional multi dimensional dish.  One of the America teams made a  Texas BBQ pulled pork sandwich topped with a kimchi and apple relish. The other a humble dish of black-eyed peas spiced with kimchi.  Spain created not one but two dishes, a Spanish omelet and seafood paella.

The Kimchi Challenge was organized by the Ministry of Agriculture, the National Agricultural Cooperative Federation and Rural Affairs.  SIWA and the Kimchi Association of Korea also helped  in the day’s events. 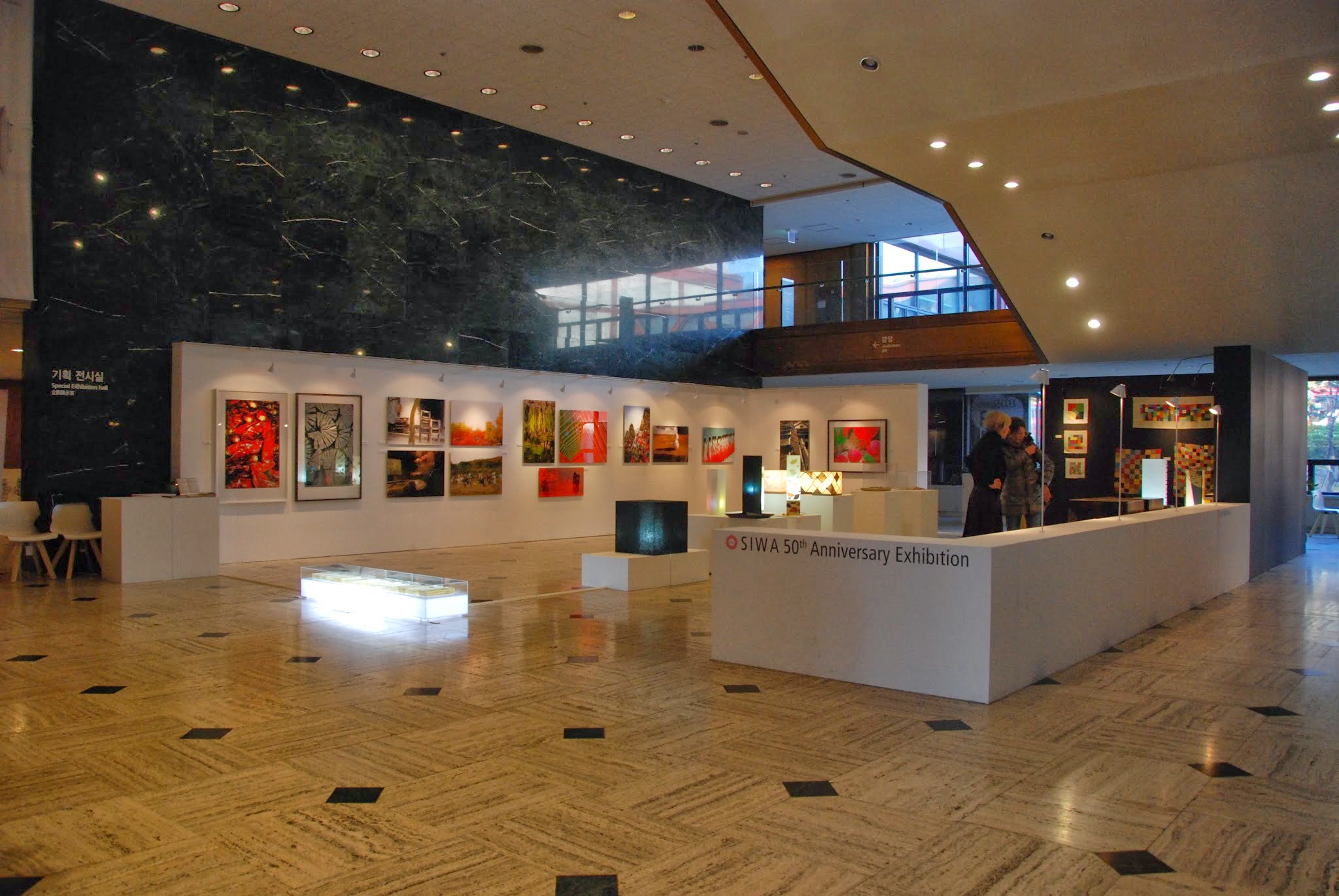 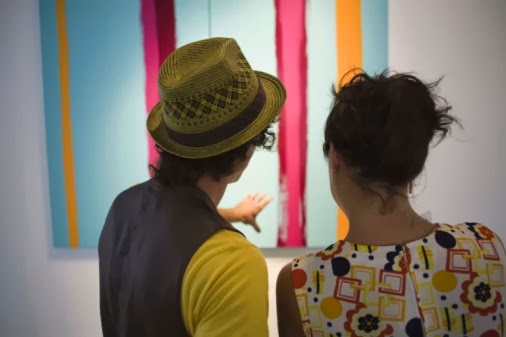 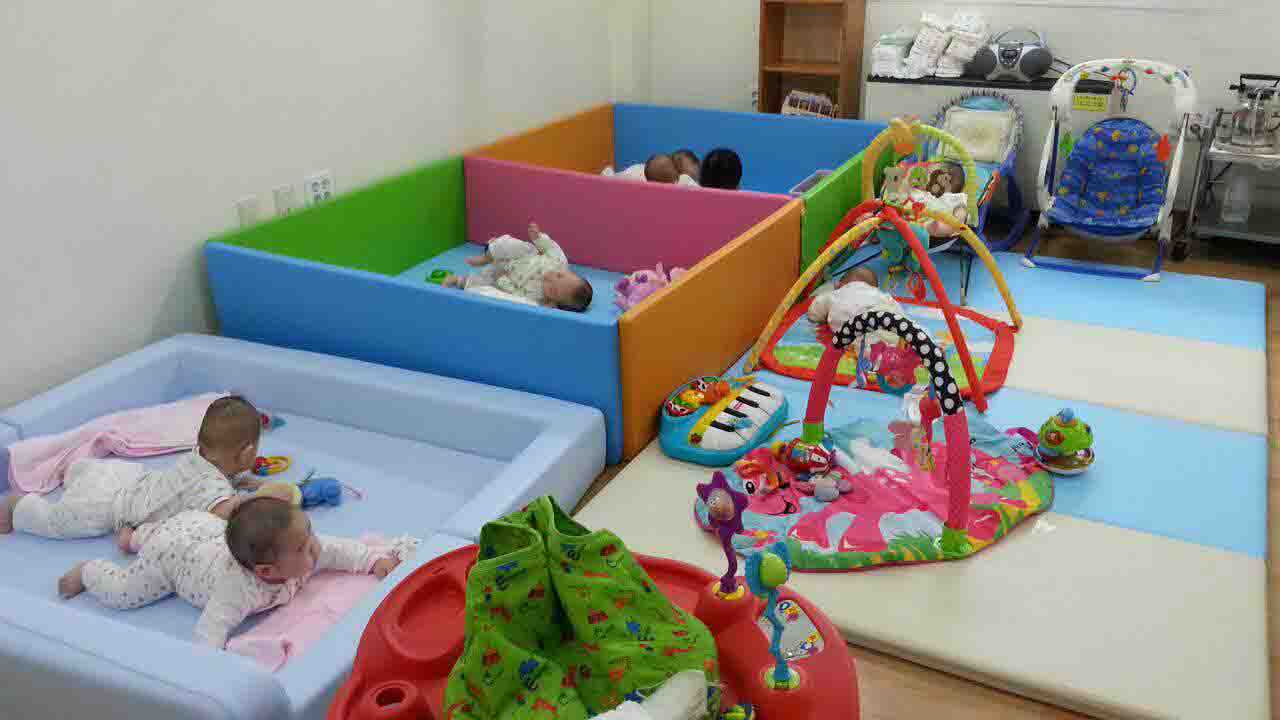