The Cheonan World Dance Festival celebrates the traditional dances, songs and costumes of Korea.  It is Korea’s largest dance festival.  For the last three years, the Ministry of Culture and Tourism has awarded it the ‘Best Culture/Tour/Festival’ in Korea.  This year the festival celebrated its tenth year running  and hosted participants from  24 countries including Turkey, Russia, France, Mexico, Japan, Singapore and Malaysia.  The festival was held Tuesday, October 1st to Sunday, October 6th, with the highlight being a grand 2.5km dance parade through Cheonan’s main streets on Saturday night.
Two large stages hosted events including an international traditional dance contest, street parade, dance classes, dance party, country garden party, and traditional Korean dancing and plays. Beyond spectating, visitors were encouraged to participate in singing and dancing competitions.  Within the festival additional events were hosted including an agricultural good festival, winery exhibition, video game competition, university club festival and senior dancing and singing contest.
On Saturday, October 7thwe traveled by bus from Seoul to Cheonan.  The trip took a little over an hour.  The city of Cheonan is itself a worthwhile day trip from Seoul.  It is clean and beautiful with many cultural, historic and natural sites to visit. These sites include Gwangdeoksan Mountain, Gepbong grape village, Gakwonsa Temple and Arario Square.
The festival is comprised of two stages- a main stage and free stage.  Events are held almost hourly on each stage throughout the day.  There are four event halls with exhibitions including health enhancement, electronic sports (video gaming) hall, city agriculture, and wild flowers.  There was also a winery exhibition, traditional rice cake demonstration, and regional agricultural product market.  There are three food courts offering both local and international cuisine.
The festival was held at beautiful Cheonan Samgeori Park. We entered the festival through the North Gate by walking over Samgeori Park’s impressive art bridge.  Once over the bridge a large floral exhibit with moving parts was on display. The flowers and agriculture elements of the festival were a fun addition to the festival and very visually entertaining.

After checking out the floral display we walked through an archway that was comprised of vine plants such as cucumbers, pumpkins and gourds that had been trained to grow up along trellises that had been built into a 100 meter long arch.  The vegetables hung over our head as we walked through.  The second section of the arch was comprised of grapes.
Our first stop in the festival was the winery exhibition.  In this area there were many hands on experiences.  Participants could join a contest to fish in children’s pools for grape bunches.  The first participant to catch a bunch received complimentary grapes.  Grapes grown throughout the world and international wine were on display.  Grape games were set up for children and adults alike including grape themed mini golf and wine bottle ring toss.  A grape stomping demonstration also took place.  Tired visitors could visit the grape spa where buckets of cold water with grade juice were put out for visitors to soak their feet.

After visiting the winery we went to the health enhancement hall.  Here over 20 exhibitions were set up with free demonstrations about different aspects of health.  Exhibits included exercise, self-breast examinations, and blood pressure screenings.  Across from the health enhancement hall was an international food court.  The food court offered items from Mexico, France, the United States,  and Nepal.  I sampled some Nepalese curries that were delicious.  There was also a fun regional market where guests could purchase local meats, fruits, vegetables,  and alcohol.

After checking out the many exhibition halls, we made out way to the free stage.  At the free stage we witnessed a dance contests.  All visitors were invited to sign up for the competition and display their dancing skills.  Over 50 participants competed.  Many were dressed in creative outfits.  The show was very entertaining to watch.

Next we made our way to the Main Stage.  Here we witnessed a beautiful traditional Korean dance.  The main stage was very grand with TV screens and an impressive speaker system set up for easy viewing.  After this we went to the Korean food court where we sampled some bulgolgi.

Our final event of the day was the parade.  We took a bus from the festival to Cheonan’s main street.  Here bleachers were set up for spectators.  The parade began with a Korean announcer hyping the crowd for the evenings event.  Children were invited into the street to dance before the festivities.
The parade included dancers, floats, traditional Cheoson soldiers on horseback, a royal court, b-boy performers, k-pop performers, and many international dance and music performances.  There were also fireworks concluding the nights festivities.
The Cheonan World Dance Festival is a great event to check out!  It is an interesting display of both current and traditional Korean culture as well as international.  The combined agricultural aspects of the festival are also very interesting.  If you find yourself in Korea during October I highly recommend a trip to the Cheonan World Dance Festival. 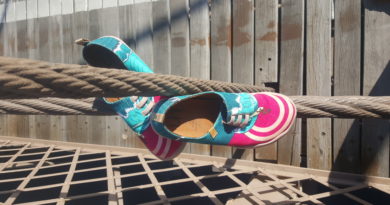